Morningstar is a kind of soft weapon made by tying the head of a metal hammer to one end or both ends of a long rope. It is also a kind of concealed weapon with rope system. The rope with only one hammer is about five feet long, which is called “single meteor”; the rope with two hammers is four and a half feet long, which is called “double meteor”.

Morningstars are melon shaped, polyhedral, spiny, round and so on, the size of which is like duck eggs. There is an elephant trunk eye at the end of the hammer body, which is used for serial connection. 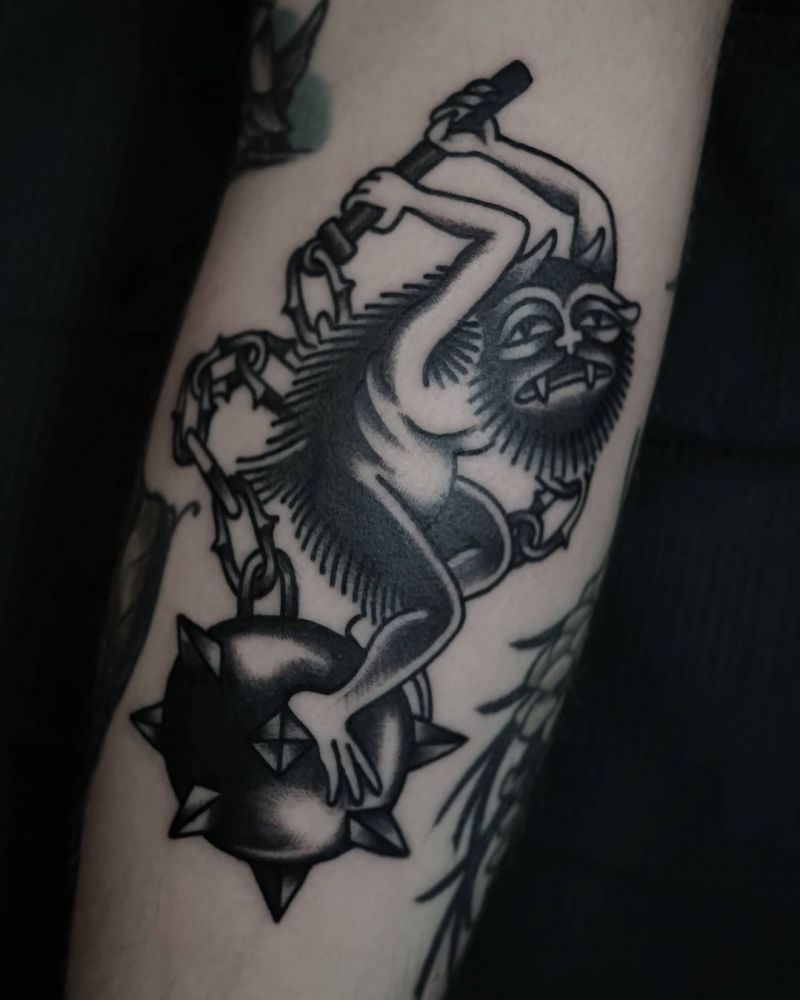