The meaning of revolver tattoo is protection and flexibility. Revolver is a small single barrel gun belonging to pistol. It has a rotating cylinder, generally having 6 chambers, and also has at least 4 to 12 chambers. In order to adapt to the habit of most people using their right hand, revolvers with outward swinging bullet nests usually turn 90 degrees to the left to load ammunition.

Because of its simple structure and flexible operation, the revolver was quickly loved by officers and soldiers of various countries. After the mid-19th century, this kind of pistol was more popular all over the world. Many countries are developing and producing this kind of pistol, and many officers are proud of having a revolver. 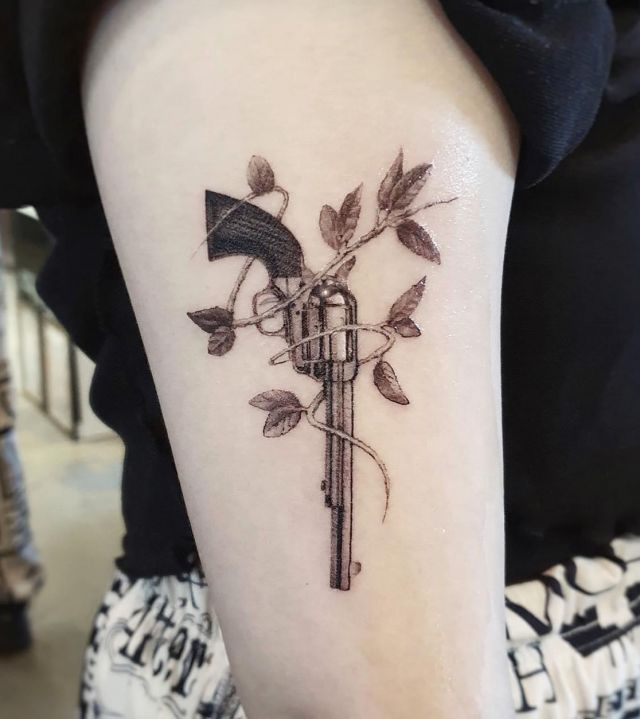 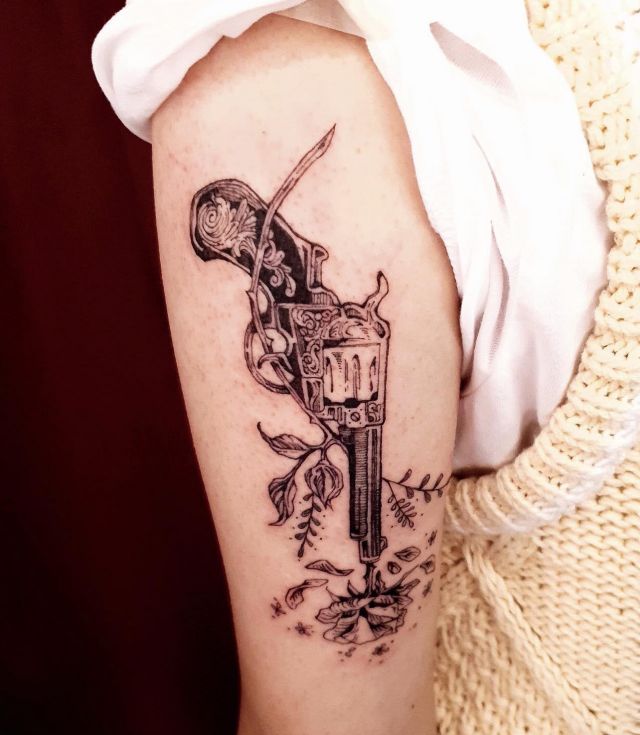 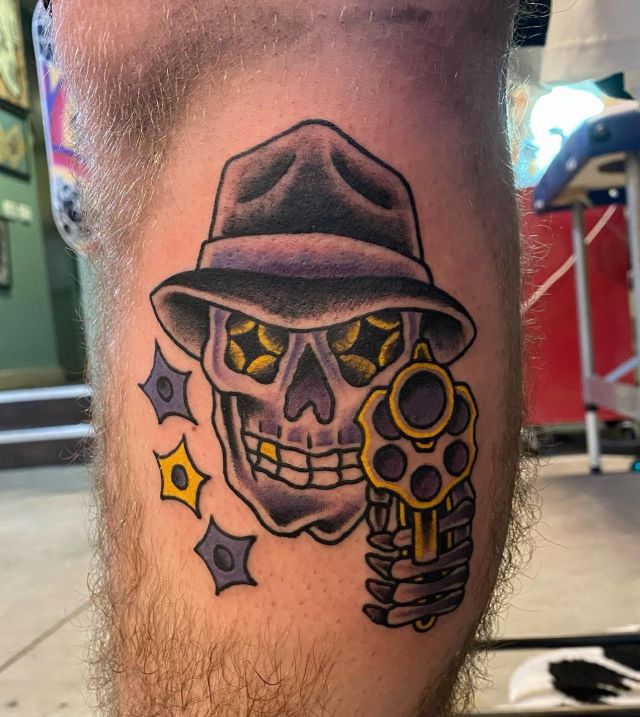 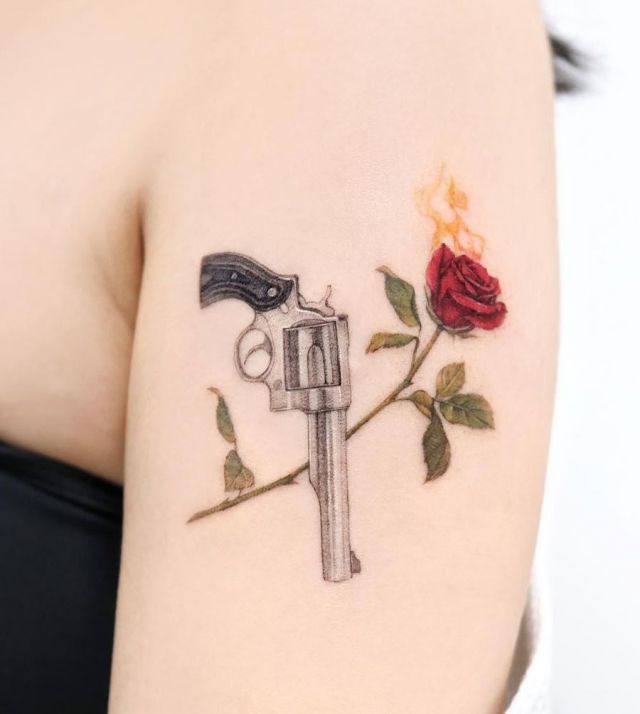 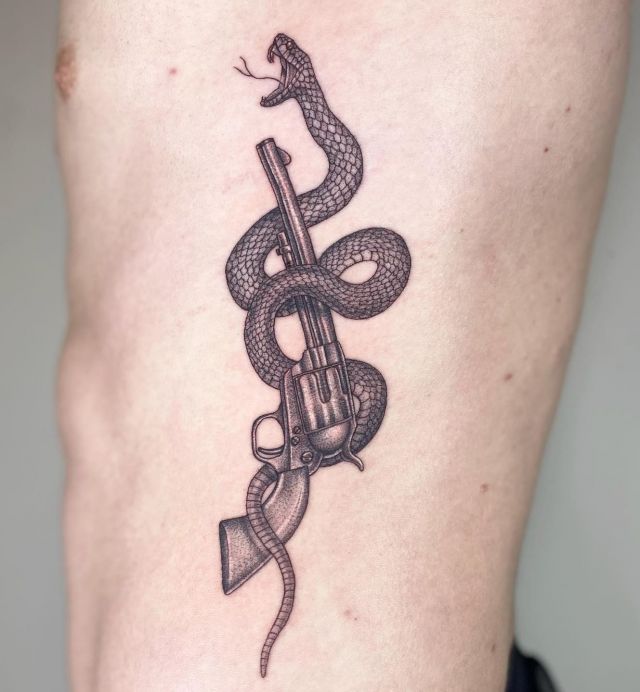 Revolver Tattoo with Heart on Leg 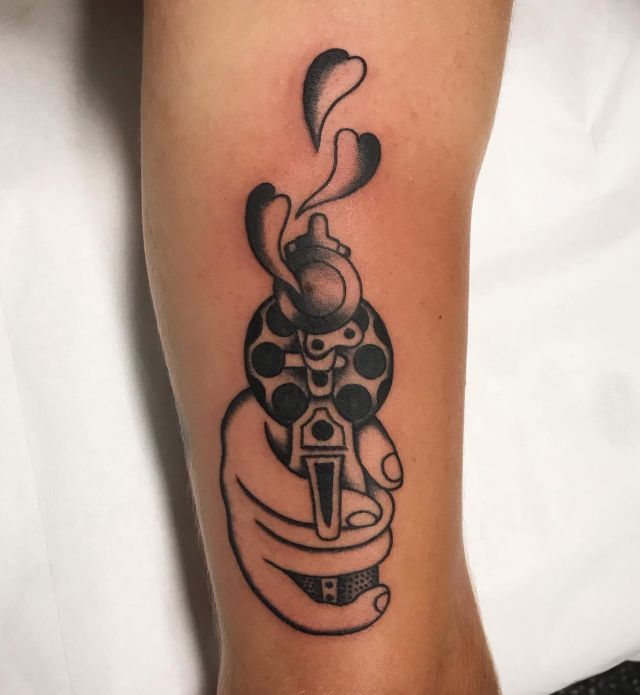 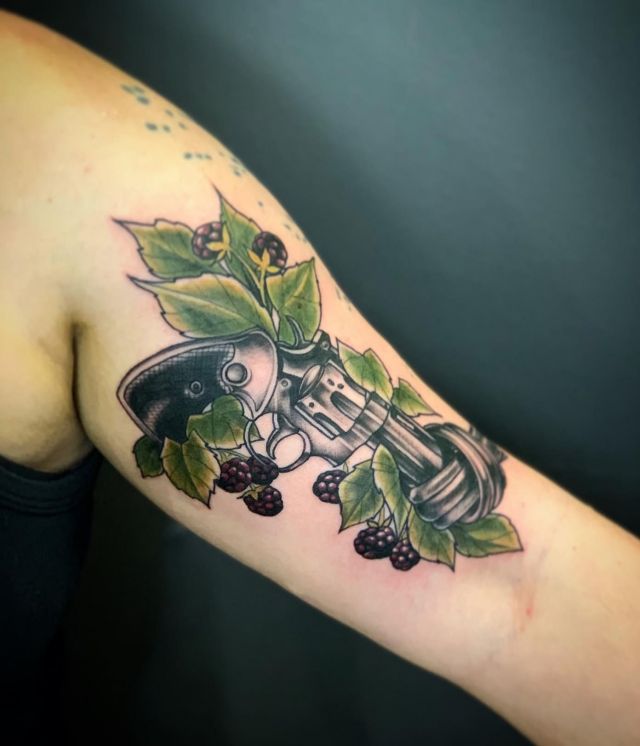 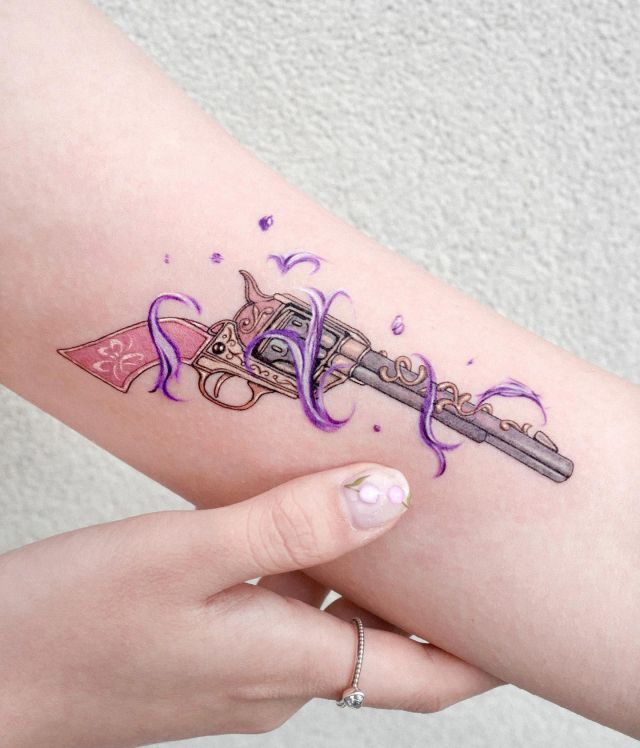 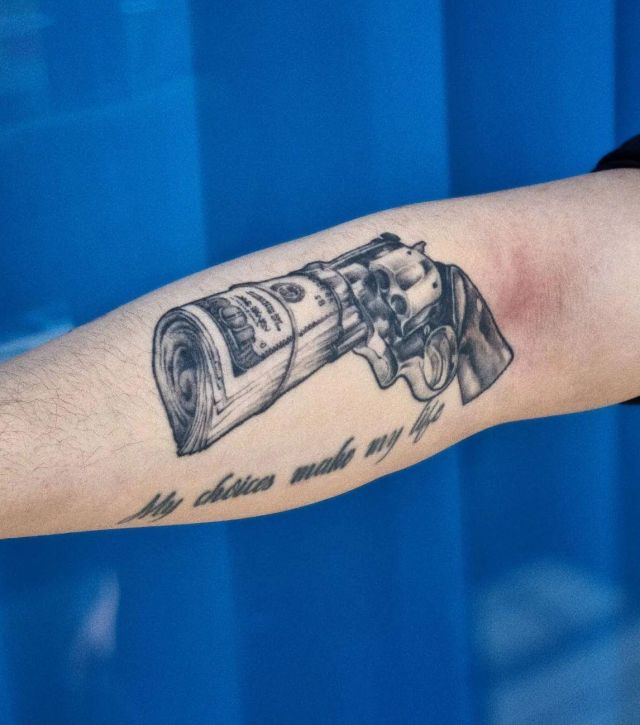 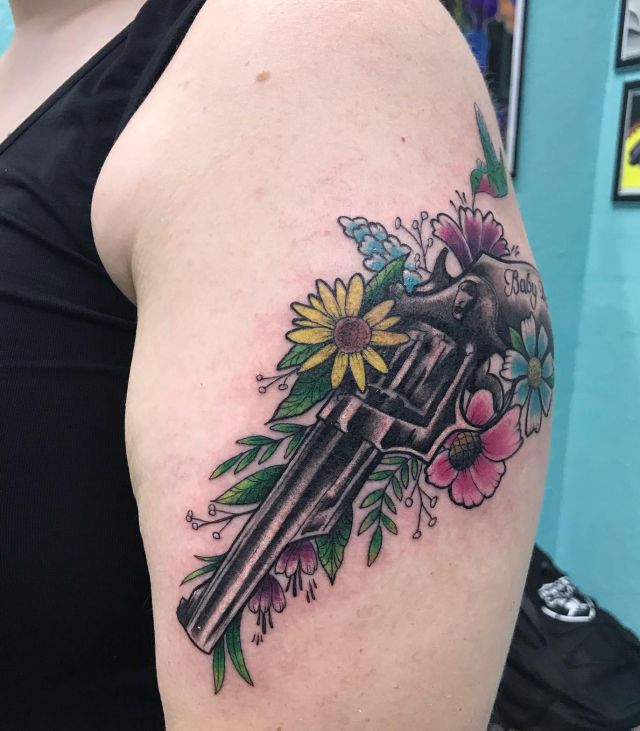