Scale, a weighing instrument. Two arms are formed by supporting the balance beam at the center of the beam by the fulcrum (axis). A disc is hung on each arm. One of the plates contains objects with known mass, and the other one is placed with objects to be measured. The deflection of the pointer fixed on the beam when it does not swing and points to the center scale indicates the mass of the object to be measured. The balance is an equal arm lever. Balance is a kind of weighing instrument, which measures the quality of objects.

The Scale, has always symbolized the inviolable justice and fairness. It is the embodiment of justice. The Scale is not to balance two bowls of water, but to make a correct judgment to make the world peaceful. When an object is placed on one end of the balance, it will not hesitate to turn to the other side, It will have a tendency to tilt to the other side, and then it will start to swing slightly, gradually, the swing will become stable, and finally, it will firmly stop. 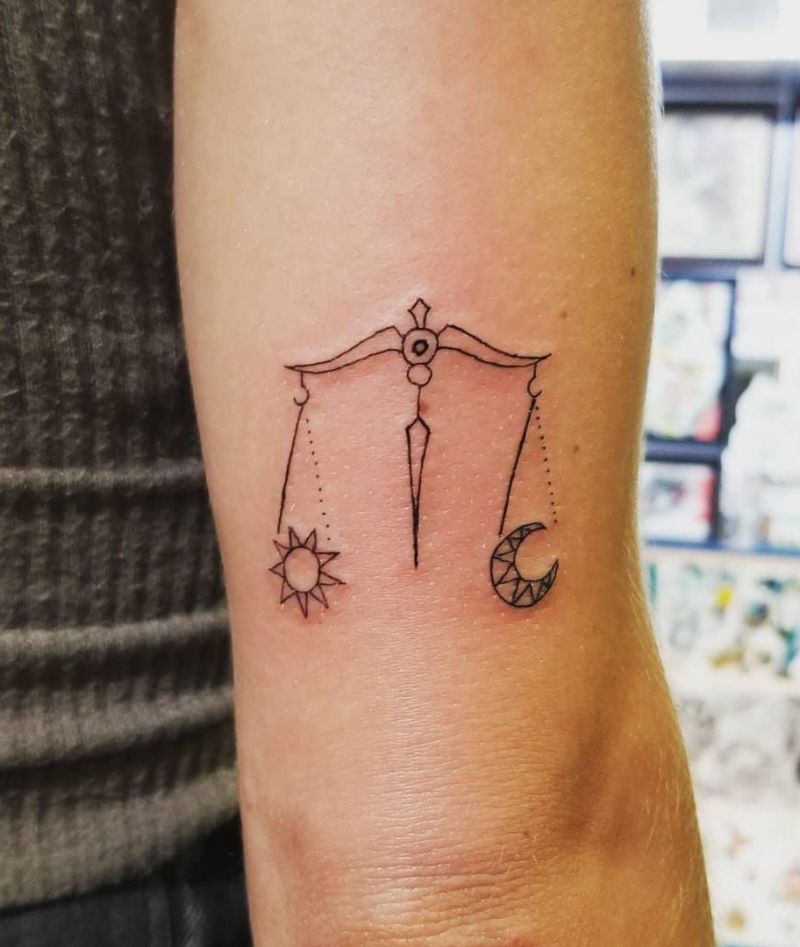