Stonehenge is one of the UNESCO World Heritage sites and one of the most famous tourist attractions in Britain. So far, historians are still confused about how people built Stonehenge in 3000 BC. Many people even believe that these stones were brought by aliens, and the Stonehenge has also been listed as one of the top ten unsolved mysteries in the world.

However, a recent discovery by researchers confirmed the source of these boulders, broke some people’s inherent cognition, and was a step closer to revealing the life experience of these stonehenges. Stonehenge tattoos are sought after by some people. Today we have collected some unique Stonehenge tattoos. Come and have a look with me. 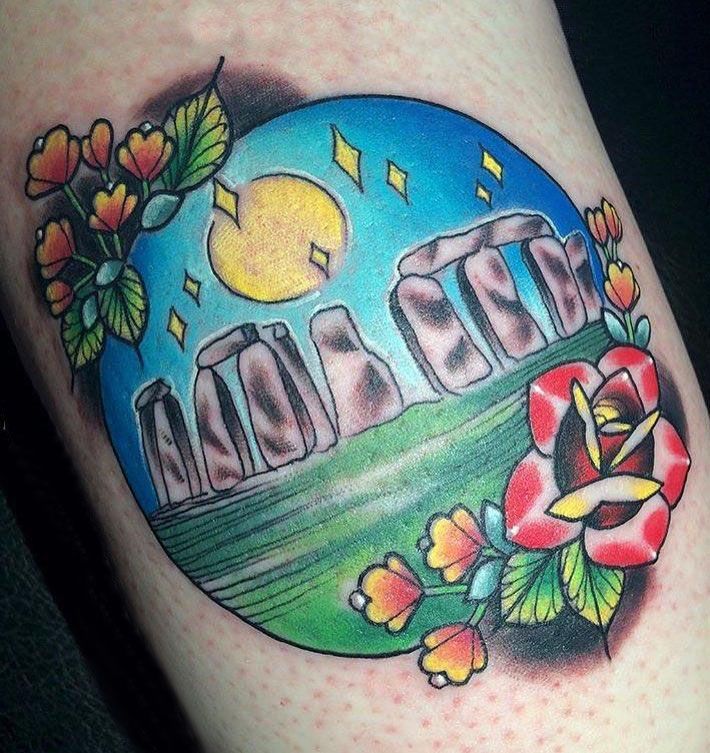