I think many players can see many patterns composed of three triangles in the legend of Zelda’s breath of the wilderness. This pattern is called “Triforce”. Triforce is one of the important totems of hailalu royal family, and its origin can be traced back to the mythical origin of Zelda’s world outlook, that is, the three golden gods of creation.

In Zelda’s world view, di Ying, the goddess of power, Na Ru, the goddess of wisdom and Hua Rou, the goddess of courage, came to the chaotic world. Di Ying opened up the original red earth. Na Ru gave order to all things, while Hua Rou created all life that walked on the earth and lived according to the law. After the creation of the three goddesses, They left three sacred objects symbolizing their own essence, that is, the triangular divine power with omnipotent power, and entrusted them to the trusted goddess hailia. Therefore, when the goddess hailia reincarnated into a woman named Zelda, her descendants developed into the future hailalu king family, and the triangular divine power and the symbol (flying bird) of the goddess hailia were combined into the royal family emblem. 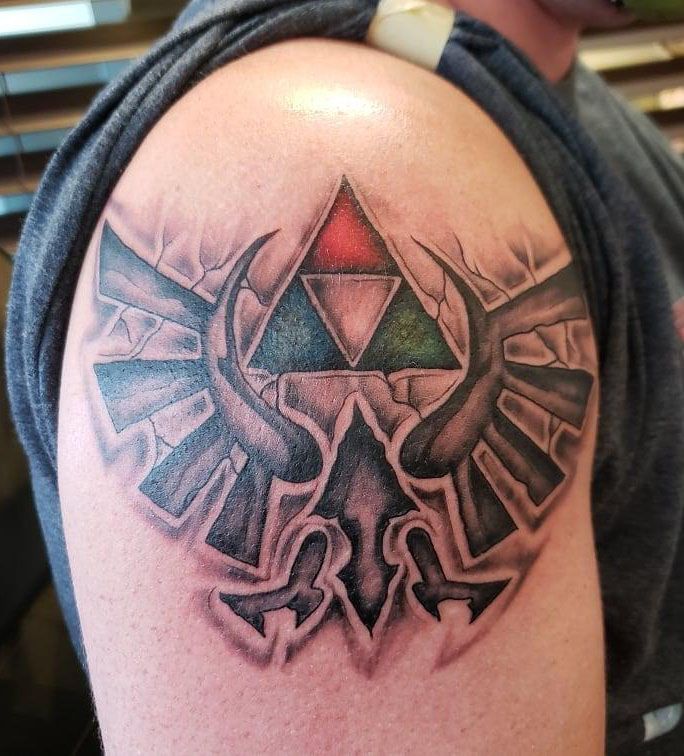