The Triple horn of Odin consists of three interconnected horns. Its age is earlier than the rise of Viking civilization, but it is considered to be closely related to the mysterious belief of Vikings. Today we collected some triple horn tattoos. I hope these tattoos can inspire you. 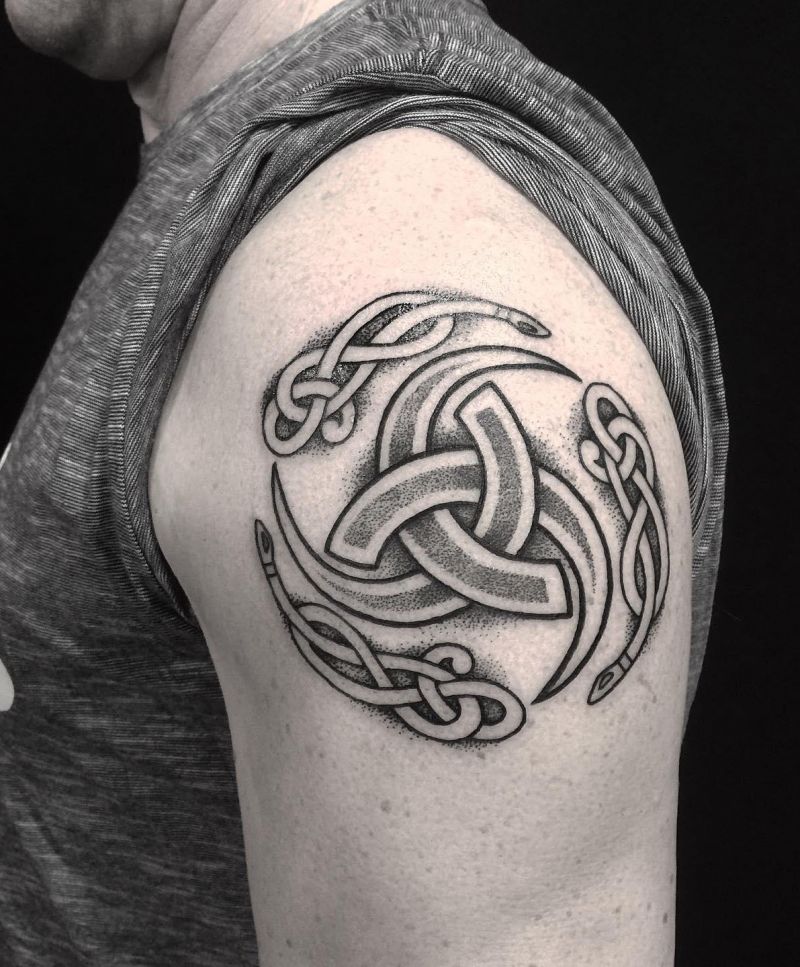