Turquoise tattoo means good luck, power, status and wealth. Because Turquoise was known as the gem of heaven in the Qing Dynasty, people at that time thought that turquoise was a holy object of happiness and auspiciousness. In addition, turquoise has always been regarded as the embodiment of God in Tibetan areas. 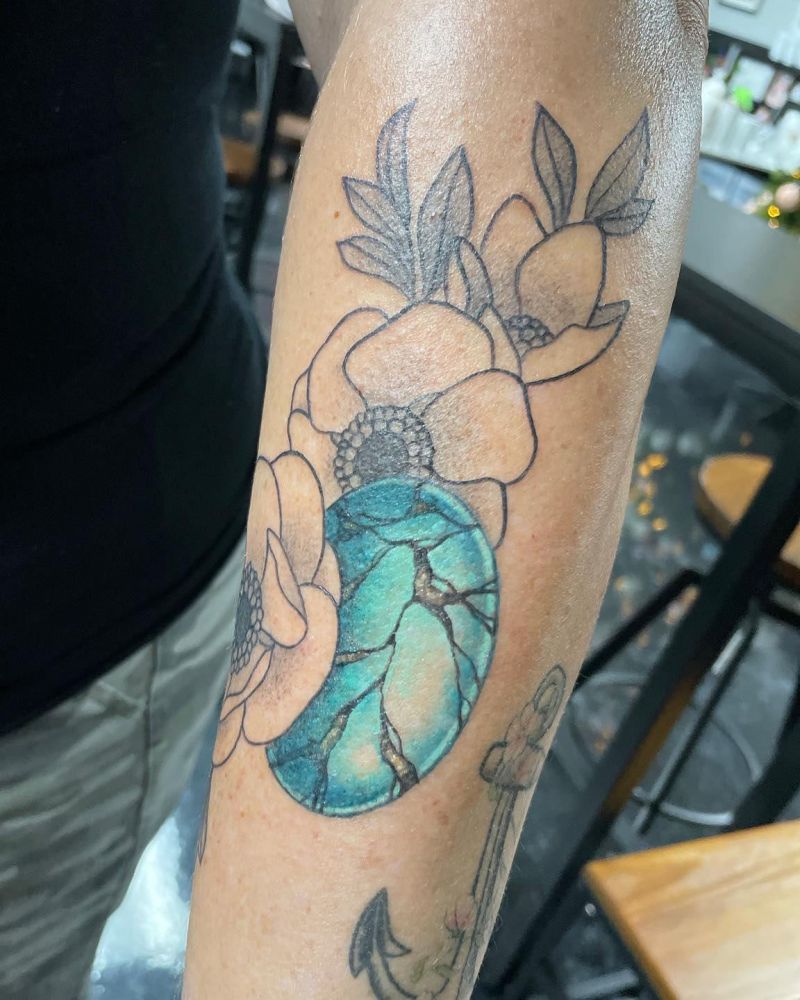