Zebra shark tattoo means quiet and good at hiding. Zebra sharks are named after what they looked like when they were young. The body surface of the young shark is covered with brownish yellow stripes of different depths; When adult, the stripes will disperse into light brown spots throughout the body. These stripes are actually defense mechanisms that protect young sharks from prey. At first glance, predators may mistake the Striped tail of a small zebra shark for a dangerous sea snake.

Zebra sharks are nocturnal animals. They are most active when they prey at night. During the day, these sharks are either very quiet or move very slowly. Zebra sharks have a very strange visual effect when resting on the sandy seabed. Sometimes they will erect their pectoral fins, face the direction of the water flow, and rest with their mouths open. Unlike many other sharks that have to swim in the water to breathe, zebra sharks have special openings called stomata that can pump water to their gills. 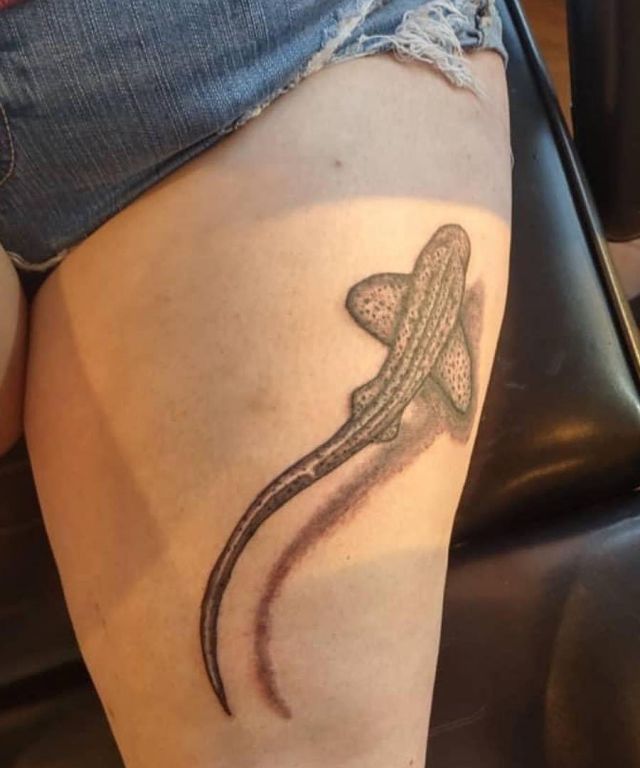 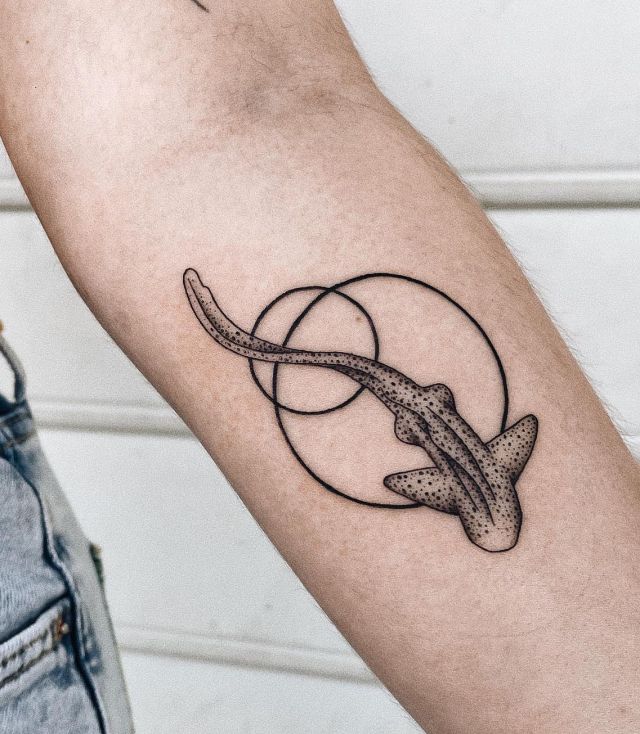 Elegant Zebra Shark Tattoo on Back 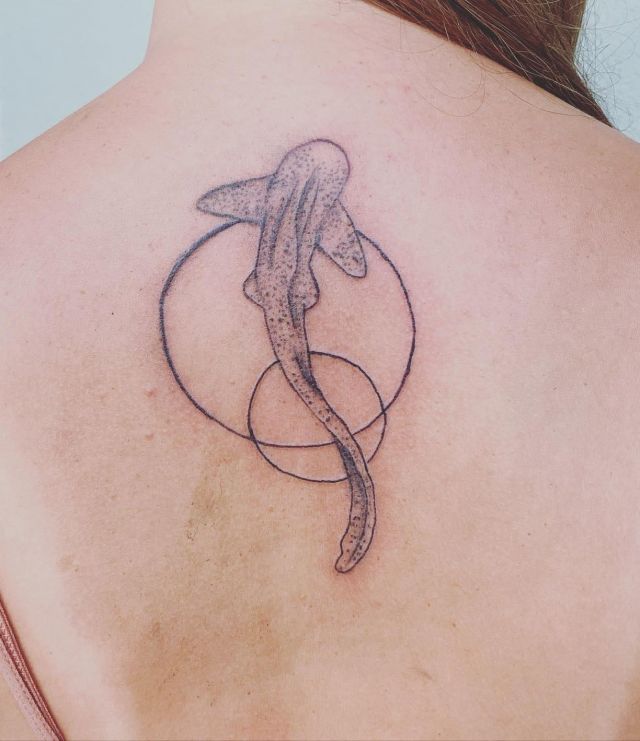 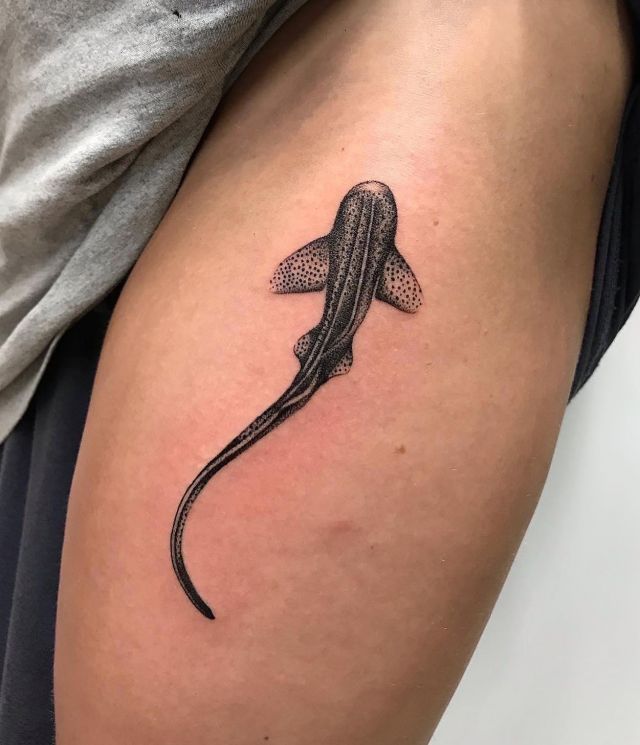 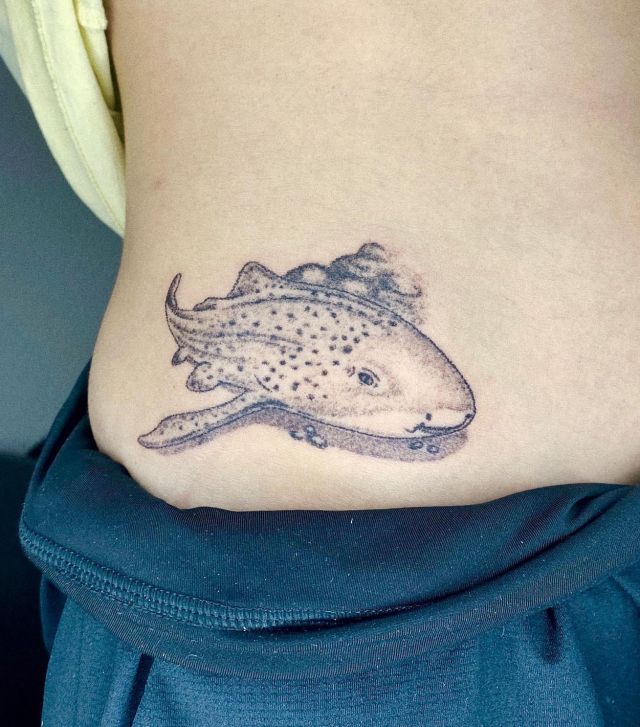 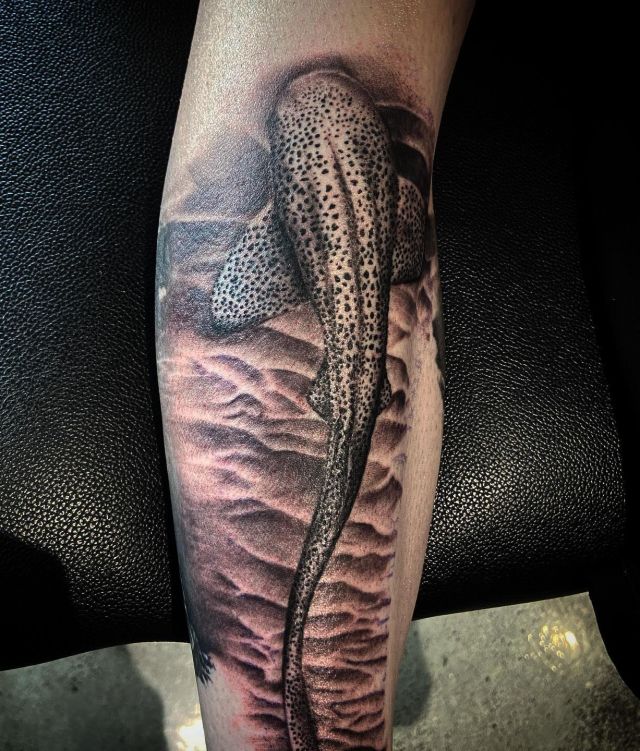 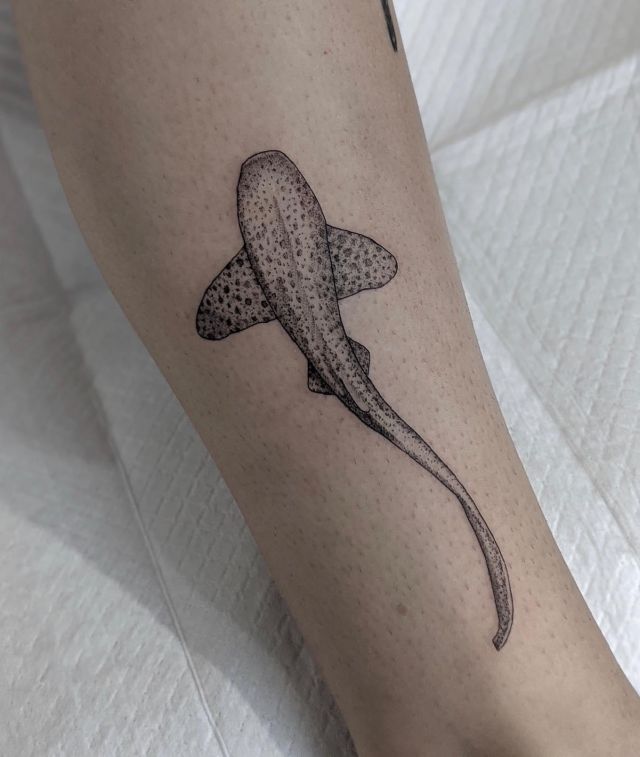 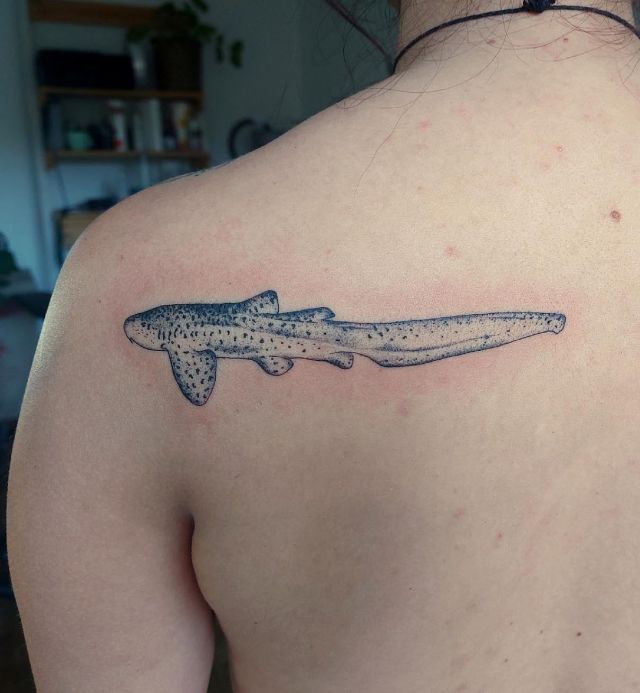 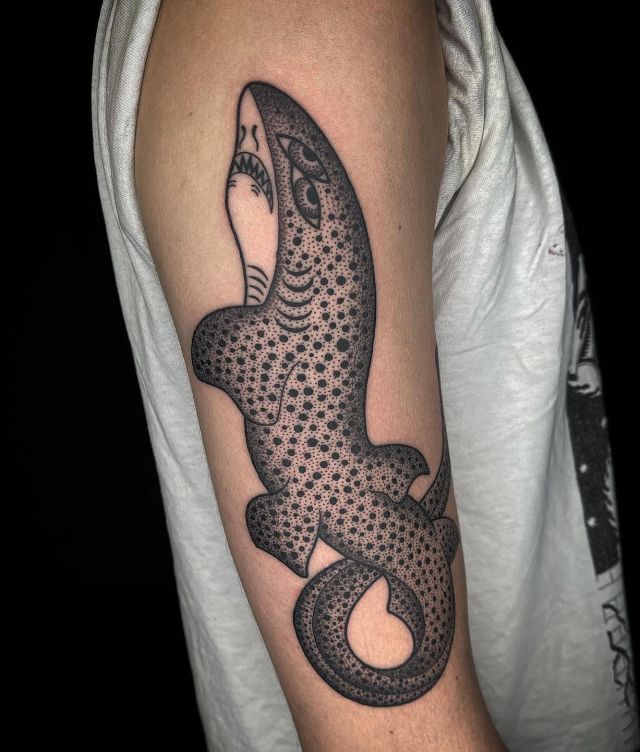 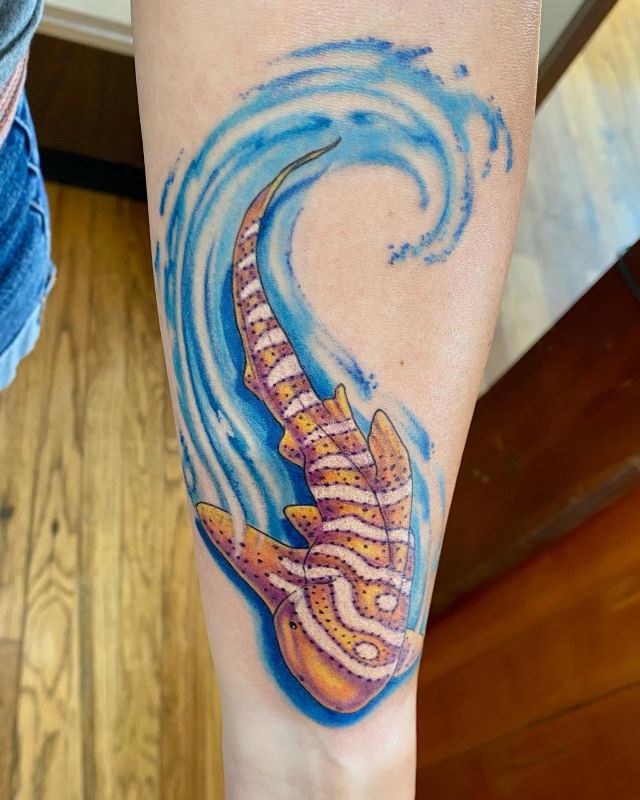