Samurai is a unique culture originated from Japan. Today, samurai has developed into a very distinctive tattoo material, which is loved by many tattoo lovers. Do you know the meaning of samurai tattoos?

In Japanese, the original meaning of the word samurai is a waiter, a close follower. The warrior must abide by, not afraid of difficulties, loyal to duty, capable and brave. Many historical records show that Samurai came from China. Then in Japan, he changed his name to Samurai.

Kamakura shogunate is the birthplace of Bushido in Japan. At first, it advocated loyalty, faithfulness, shame, martial arts and reputation, but it could not absorb the essence of Confucianism and Buddhism. Later, in the Edo era, the inherent Shintoism of the Japanese nation absorbed Confucianism and finally took shape.

After the emergence of samurai, they gradually moved from dispersion to concentration, and gathered in a region to form a samurai group. The combination of the samurai clique has two kinds of relations: the family and the patriarch. Both of them take strict discipline and absolute obedience as the first priority, and gradually form the so-called “bushido spirit” ethics such as loyalty and dedication.

After reaching the peak of his life and exerting his greatest value, the samurai ended his life without nostalgia. Therefore, in many people’s minds, the Japanese samurai tattoo is a symbol of loyalty and bravery. 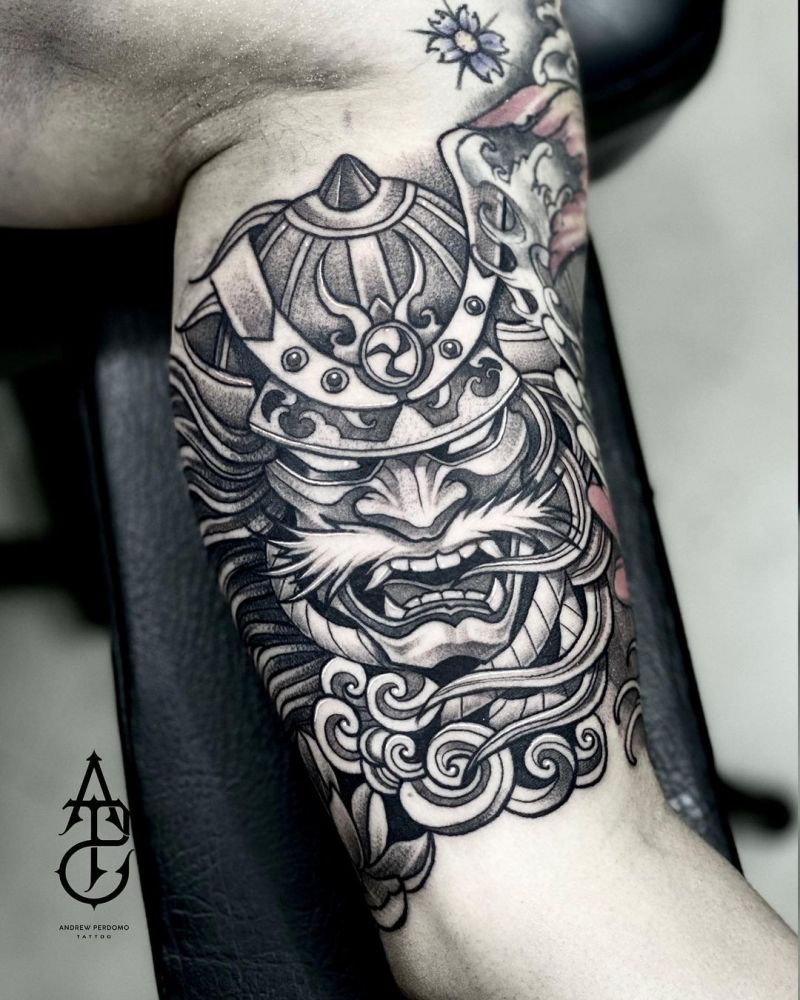