Uranus tattoo means genius intelligence and invention. The name of Uranus is the only planet from Greek mythology rather than Roman mythology. It is the seventh planet in the solar system from inside to outside. Its volume ranks third and its mass ranks fourth in the solar system. It almost lies horizontally and revolves around the sun. Uranus’s brightness is also visible to the naked eye, but it was not recognized as a planet by ancient observers because of its dark brightness, slow orbit speed and insufficient telescope observation ability at that time.

Uranus has a complex planetary ring system, which is the second ring system discovered after the relay of Saturn’s rings in the solar system. The ring consists of extremely dark granular material ranging in size from millimeters to a few meters. At present, Uranus ring is known to have 13 rings, of which the brightest is ε Ring. All but two Uranus rings are extremely narrow – usually only a few kilometers wide. 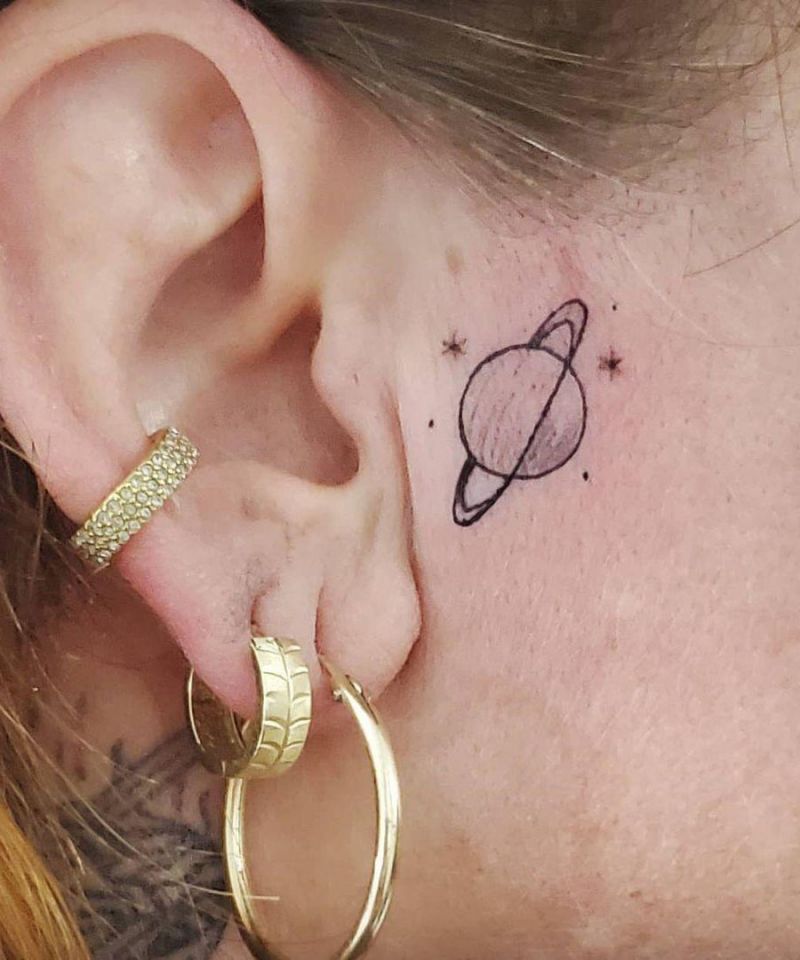