The Jerusalem cross is sometimes called the “Crusader cross”. It is a heraldic cross or Christian symbol composed of a large Greek cross surrounded by four small Greek crosses, symbolizing the spread of the gospel from Jerusalem to the four poles of the earth. The simpler form of the cross (the four ends of the great cross do not extend) is often called the “Crusader cross”, because Pope Urbano II gave a religious flag with this sign to the Crusader soldiers during the First Crusade. And later, the cross became the symbol of the Latin kingdom in Jerusalem.

The four corners of the Jerusalem cross have a small cross around the cross in the middle. The Jerusalem cross was founded during the Crusade and was once used as a symbol of the crusade. A small cross was placed in each of the four quadrants of the positive cross. The big cross in the middle represents Jesus Christ, and the four small crosses represent the four directions in which the four Gospels of the New Testament spread to the earth. A total of five crosses also represent five spear wounds on Christ during his crucifixion. 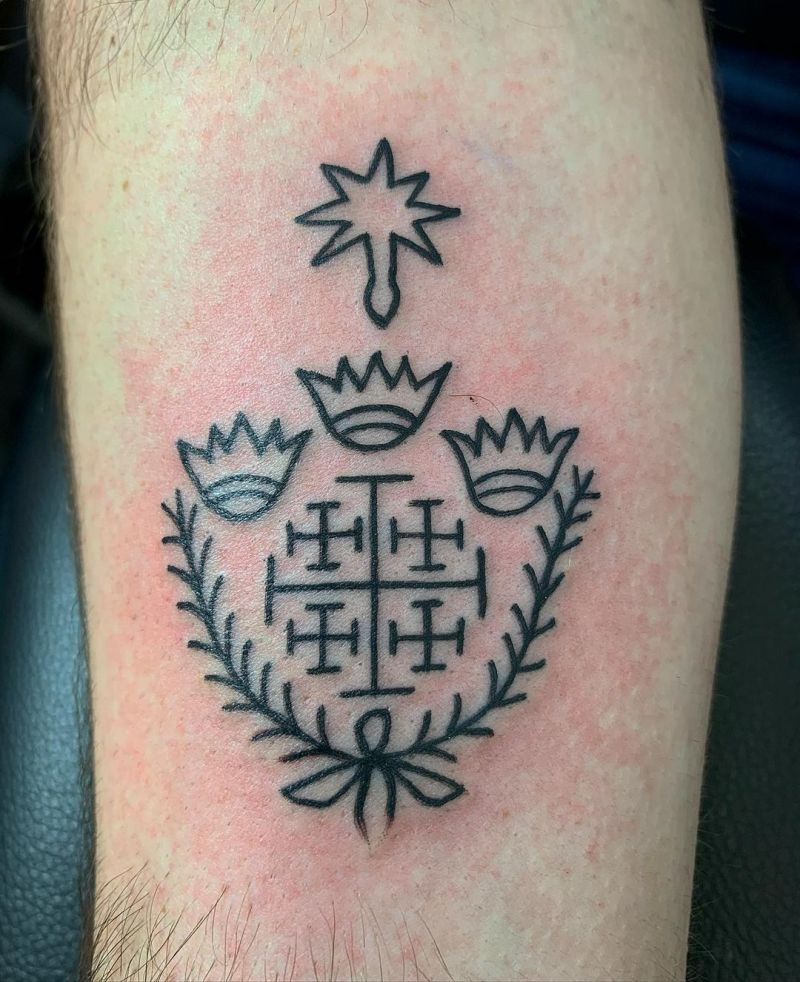