The cross is an ancient instrument of execution and a way of execution. It is especially popular in the Persian Empire, the kingdom of Damascus, the kingdom of Judah, the kingdom of Israel, Carthage and ancient Rome. It is usually used to execute rebels, pagans, slaves and people without citizenship. In the society at that time, such punishment was a taboo.

According to Christian legend, Jesus was detained by those in power of Judaism, sent to Pilate, governor of the Roman Empire in Judea, and sentenced to death. The cross pattern also appears in primitive religions of different ancient cultures, together with the symbols of some Christian or Catholic institutions. The cross is the symbol of Christianity today, representing love and redemption. Therefore, cross tattoos are very popular. Today we have collected a lot of Wooden cross tattoos. I hope these tattoos can inspire you. 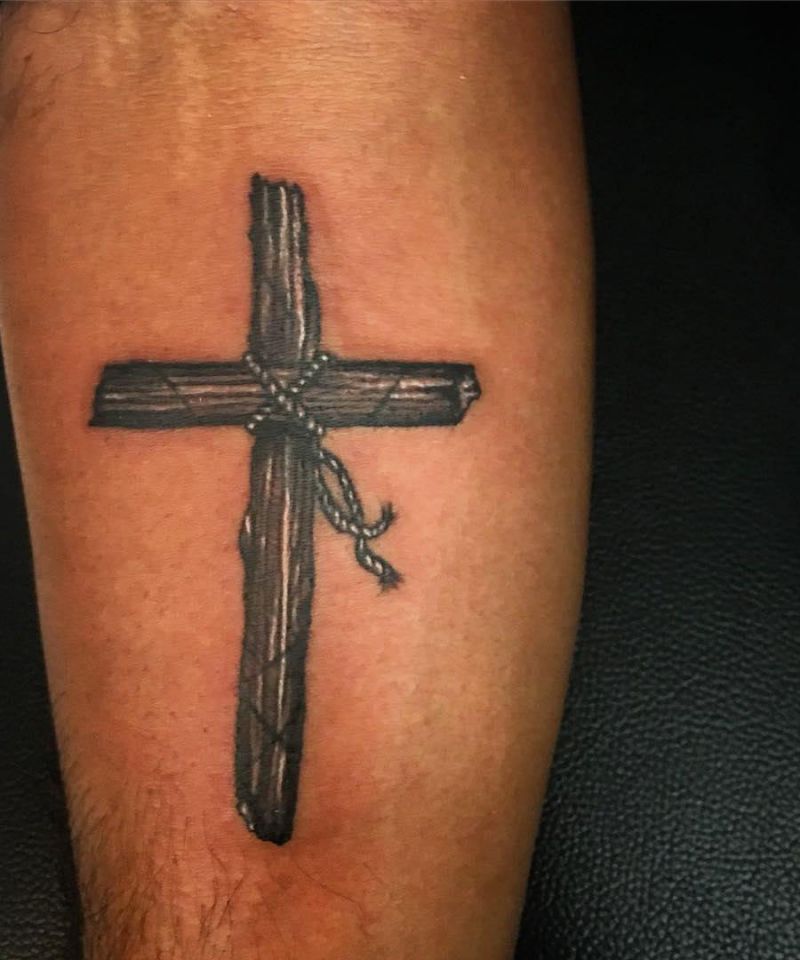